I’m currently running off slot a with a bootlooping/unbootable slot b. Does that mean I can just switch to slot b and ADB sideload the iodeOS *.zip again? Given the build is the same, it then won’t matter which slot is current until an OTA update comes through (and gets applied to the non-current slot)?

And when it comes to relocking the bootloader. The instructions had me first unlock and then unlock_critical - should I now lock_critical first and then lock? Does the order matter? I’ll check unlock_ability at each step, of course.

Please forgive the naive questions, I’ve never worked with a/b partitions or a lockable bootloader before.

No : sideload in the working slot a, next reboot will be made on the newly flashed slot b. And yes no matter the booted slot then. About the relocking order, I have no idea if order matters. I did not observe a difference, but never had such bootloop problems on my device.

Flashing slot b went smoothly, the system booted into it on restart. Locking the criticals also went well.

But when I tried to lock the bootloader, I got the “your device is corrupted and will not boot” message and got stuck in fastboot mode. Following @FairphoneHulk’s instructions from a related thread, I unlocked the bootloader and tried reinstalling from scratch. I flashed the recovery.img to both slots and flashed the custom key, but I’m still stuck in the bootloader.

Please, if anyone knows a way out of this, I’ll be very grateful.

EDIT 1: It’s OK, changing the current slot got me back into iodeOS. I’ll try sideloading the iodeOS *.zip from this slot.

EDIT 2: Sideload ends with the following error in the terminal (no errors in recovery screen):

The phone booted off the previously corrupt slot. I did a dirty flash, so all settings were retained.

So I definitely have one of these un-relockable phones, whether it’s a HW or FW thing, something is different in these newer batches. I bought my phone only a week or so ago. It’s a shame I can’t lock this phone down.

Thank you, @vince31fr, for your help.

Thank you for this well written instruction, but i will be daring to ask, maybe someone would be willing to film a step-by-step video of rebooting and installing iode 3.0? I am afraid to brick my phone, as i have very litlle programming experience.

Thank you @FairphoneHulk for these very clear instructions that allowed me to flash Iode3.0 beta. ( I haven’t lock the bootloader for the moment, I’ll see if it’s less risky in a few months, during my next reinstallation

@Pierre_l
Have you ever unlocked the critical partitions, as described in the fairphone unlock guide?

Unlock with fastboot flashing unlock_critical ?
I don’t think so, I switched directly from FairphoneOS to IodéOS2 at the beginning of february, then to IodéOS3 yesterday.
I saw that this command is used in the installation instructions of /e/OS, but if I remember correctly it was never necessary for IodéOS.

Yes, that’s right.
In that case and as long as get_unlock_ability is 1 you should be able to relock your bootloader

Is it save to installiert iodé 3 OTA for a

The changelog on the github release is a little frightning

No problem. I did it that way. Just sideload the zip in recovery without wiping the data.
No problems at all. Everything’s running fine.

Just two things if you update to 3.0 that way:

First
You have to clear cache and data in bluetooth app after first start in 3.0. Otherwise if will crash permanently.
Settings/apps/ - show system apps - bluetooth apps

And using the updater is not recommendet?

Why are such informations not documented in the changelog?

You can also use the updater

Maybe you still have to do the two steps. Happen only on updating from 2.4 to 3.0.
Not if installing from scratch

Using the updater worked flawless. But i also needet to clear the cache oft the Bluetooth service

At the weekend I updated my FP4 from iodeOS V2.5 to V3 Over the Air (OTA) with no issues. All my data was intact, only the bluetooth cache needed to be cleared to enable bluetooth. The only extra work was ensuring I backed up my SD Card as Android 12 insists on reformatting my SD Card before I can use it. (I have reposted this on the Fairphone forum too)

A quick update on the iodéOS updater:

Updated Over the Air (OTA) from V3.0 to V3.1. No data loss, no issues seen so far, smooth update. Used WiFi to download. Biggest imeadiate improvement, which may be a placebo, was the perceived improvement of the quality of the pictures using the Open Camera app. 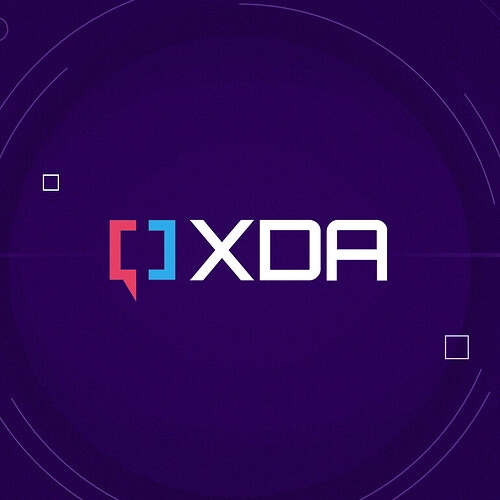 Introduction iodéOS is a privacy-focused operating system powered by LineageOS and based on the Android mobile platform. iodéOS aims at protecting the user's privacy with a built-in adblocker and by freeing the smartphone from snitches. The... 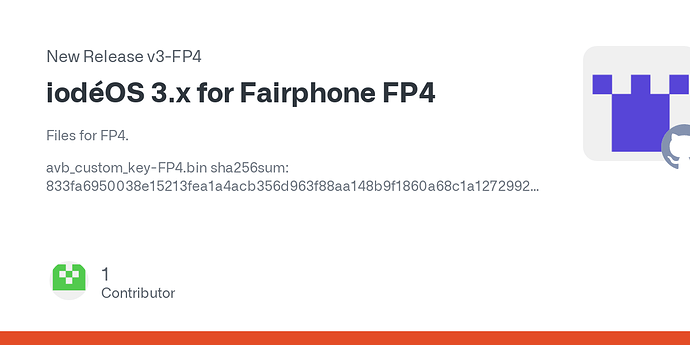 Thanks for the explanation! That’s great that iodéOS 3.0 (A12) is already officially released.

@vince31fr will the XDA page still be updated? There you can always see very clearly what is new in the update.

Introduction iodéOS is a privacy-focused operating system powered by LineageOS and based on the Android mobile platform. iodéOS aims at protecting the user's privacy with a built-in adblocker and by freeing the smartphone from snitches. The...