A Generic System Image (GSI) of Project Treble is not a full-fledged replacement for stock Android ROM or a device-specific custom ROM, such as iodéOS, but - it is an excellent basis for interested users to get to know the special custom ROM (iodéOS), primarily for Android smartphones and tablets that support Project Treble (from Android 8.1, better Android 9.0 or higher) but not from device-specific iodéOS ROMs.

Long story short and question to the iodé team:
Will there be Generic System Images (GSI) of iodéOS 1.x and/or 2.x for the architectures arm - arm64 - binder sooner or later? I would prefer it to all other GSI ROMs.

Here’s a collection of available GSI ROMs, in order to keep it easy to choose what you want. 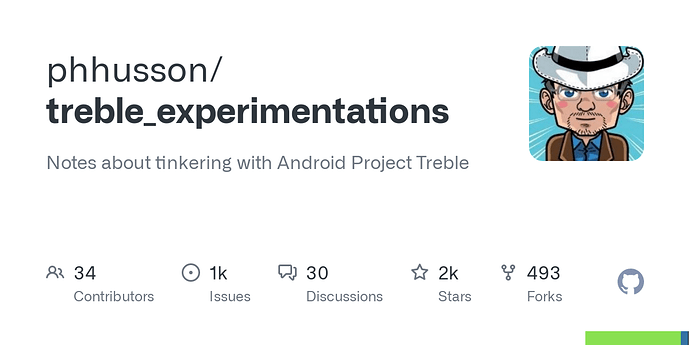 Notes about tinkering with Android Project Treble. Contribute to phhusson/treble_experimentations development by creating an account on GitHub.

I used to work on GSIs, and have also been for some time a GSI maintainer for a well-known custom ROM… We have not planned a iodé GSI yet, as we concentrate on other topics (device-specific ports, blocker and other features), but we will probably do so in the future.

I approve the ROM strategy of the iodé-Team, because what iodé have done so far is great.

Nevertheless, GSI ROMs are a very good marketing tool for a custom ROM distribution, because it allows iodéOS to be tried out on more modern devices that are not supported by iodéOS so far.

but we will probably do so in the future

We plan to build a GSI though, so iodé could run on many more devices without requiring specific builds.

GSI builds from LineageOS by AndyYan and /e/OS by e.Foundation as well as PixelExperience are extremely popular and frequently used ROMs in the insider scene. All these custom GSI’s based on AOSP 10, 11 and 12 work well and give a realistic impression of the respective ROM developers’ performance and ROM philosophy.

I’ll be one of the first to test an iodéOS GSI on all of my 12 smartphones and tablets running the above GSI’s to date (six tablets and smartphone each).

Thanks to the newly introduced OTA client (accessible under Treble Settings => Updater), checking for updates and installing them has now become much easier for end users.

Note: So far, the first version only works on devices with dynamic (super) partitions.